Water leaks are costly and damaging occurrences that often cause businesses disruption and inconvenience. When made aware of leakage it only natural to want the problem resolved… and fast. Acknowledging exactly what goes into the process is usually less of a concern.

But it should be. Ignorance can give rise to expense. Indeed, failure to seek out trusted experts – those with a set plan and experience on similar sites – may lead to bigger problems (and costs) down the line.

To help guard against that, we have laid out our typical plan of action, one that has held Pipefix in good stead for more than two decades no less…

Companies that specialise in water leaks will first seek to identify the nature of said leak. Responsive repairs often begin with a series of questions being posed over the phone. The purpose of such inquiry is to ascertain how long leakage has been apparent, whether or not it is hazardous and – crucially – what effect it is having on the business.

Determining if a water system is usable is also important before work can commence.

Once an overall picture is built-up that is then re-laid to servicemen out in the field, in our case via Asset Management Software. Having received job sheets electronically, operatives arrive prepared for the task at hand, with information about the site and the appropriate tools and repair fittings to undertake the repair. Engineers can upload the likes of photographs, notes and details on the types of materials used as they oversee repairs, which can then be fed back to the client as required.

Identifying the source of a leak is critical and the process is aided by one of a number of technical tools. Depending on the surrounding material an engineer may utilise some the following:

Ultrasensitive, these devices are invaluable when it comes to picking up sounds synonymous with damaged pipe. The use of microphones will enable workmen to differentiate background noise from that of a leak itself – thus pinpointing the area in question.

This method involves the placement of two sensors, one at either end of a pipe containing a suspected leak. Audio is then measured, with the distance taken for sounds to travel between markers helping to highlight the exact position of a leak.

Deployed to gauge the level of damp in and around a particular area, moisture meters can be taken using radio frequencies. For those places that are harder to reach meanwhile, a small hole may be drilled to allow for further inspection.

Invaluable in the search of hidden issues on hot water systems, thermal cameras record heat as light – indicating pressure points and by extension leaks. The latter typically creates a warmer surface area – triggering red where you would expect to see green. Again, this helps focus attentions on a particular area of pipe.

Once the exact location of a leak is established repairs usually take one of three forms. Depending on the nature of the leak operatives will seek to replace damaged sections of a pipe, create a bypass or apply a temporary repair…

Before deciding to replace piping, engineers will first judge whether a wrap round repair clamp can be added to it, removing the need. Should that prove problematic, they will instead isolate the affected section, cut away the surrounding pipe and install a replacement.

It should be noted however this involves the displacement of damaged pipel solely, not an entire pipeline.

Occasionally a leak will prove impossible to reach and alternative tactics are therefore required. One such method is the introduction of a bypass section, one that ushers water in a different direction but – crucially – keeps it flowing. A slight detour is nothing if it reinstates water supply to a factory or office block.

Though most operatives carry a range of fittings with them there will be certain repairs that require additional resources stored back at the yard. So as not to inconvenience the customer, the best companies will oversee what is known as a temporary repair in order to get water running again. They will then return to complete the job in a planned and organised fashion, safe in the knowledge they have restored supply in the meantime.

The aforementioned scenarios are typically associated with responsive repairs, which differ somewhat from the planned equivalent. In those instances where greater time is afforded a consultation will take place, wherein an engineer meets with the client to assess the damage, requirements and likely cost implications. A brief is duly compiled, along with an estimate for the work. In reality these jobs take on more of a project feel and are particularly suitable for industrial and commercial sites where it is unlikely that excavation can be made or water turned off without prior notice and consent from all departments affected.

Fixing a leak is by no means the end of the matter. More often than not a degree of upheaval is required to reach problem areas – usually excavation is required which will inevitably disturb the ground. Experienced companies such as Pipefix will set about restoring the surfaces – relaying tarmac, concrete, paving slabs and more.

Indeed, what distinguishes the best engineers from their competition is a commitment to completing their work with as little downtime as possible.

Elsewhere, to demonstrate added value further services may be offered once a leak is repaired. These can range from advice through to actual repair work. Sure enough, Pipefix have been known to oversee the following whilst still on-site:

Maintenance of this kind can reduce the risk of failure within any water system, and allows control to be maintained in the event of a leak in the future.

And there you have it. Leak detection and repair is an involved process and one not totally understood by those requiring it. Having some knowledge of the procedure however should help customers make an informed decision when it comes to hiring suitably qualified and experienced help. 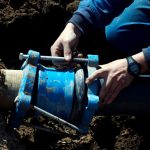 How much does it cost to fix a water leak?News 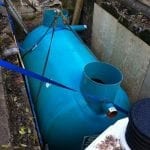