Water pipes, particularly those underground, tend not to be thought about much by those making use of them. Taps, sinks and drains, being the visible element of the water supply, get far more consideration. For the rest it’s out of sight out of mind.

Diligently doing their job for years, decades, even a century or more in some instances thanks to solid Victorian engineering, when they do fail it’s not something that can be anticipated. The consequences can vary, and often not be immediately apparent or even noticeable.

Commonly a water leak will manifest itself as a larger than expected water bill, but could maybe be seen as a wet patch of grass or dirt. It’s rare to ever see anything as dramatic as water gushing from anywhere, but this doesn’t mean the problem is minor – or that it can be fixed by anyone with a shovel and an idea of where the shut off valve is. Whenever breaking ground it’s a journey into the unknown – pipes, cables, foundations, buried treasure, anything could be buried underfoot. There are horror stories galore of those with a little know-how undertaking the work themselves to save money only to end up costing them and those nearby so very much more.

As the land we inhabit becomes increasingly more settled and built over, the risks of hitting something unexpected steadily increase – particularly in the case of commercial and industrial locations as they are often built over brownfield sites.

Hitting something as significant as a power cable has consequences not just for the individual that had the misfortune of doing so, but most likely the business on whose behalf they’re working for, as well as the surrounding properties relying on that power cable to operate.

If such a thing ever comes to pass the chances of being covered by an insurance policy would be severely compromised, potentially leaving your business liable for tens of thousands of pounds in damages, repairs and lost revenue. It has happened, we’ve seen it. This is why hiring professionals is always the recommended course of action. They survey sites to identify hazards and use their extensive knowledge and experience to surmise where the fault lies and gauge any obstacles that might be present.

In the unlikely event the worst ever did happen, they are properly insured against the consequences – protecting you with their indemnity and covering you against any additional costs involved with carrying out the original repair.

What would happen if an incident occurred during work being carried out not by qualified professionals isn’t work thinking about and could have potentially catastrophic consequences for the business involved.

Pipefix do everything they can to identify, fix and reinstate as quickly as possible to keep any repercussions to your business to an absolute minimum. Most repairs can be completed in a single day and they leave the site exactly as they found it, replacing and reinstating surfaces so you’d never know they were there. For added peace of mind, any work carried is out is guaranteed too.

If in future if your premises have an issue with leaking water, trust the professionals to do a professional job. Trust Pipefix.

Does your commercial site have a water leak?News 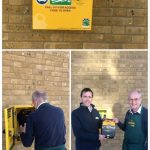