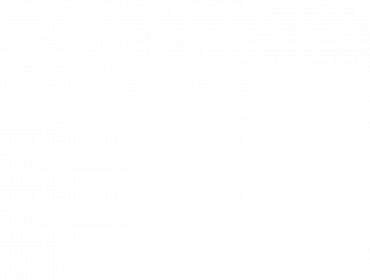 Pipefix have been involved in this project for several years since the initial discussion and development of the concept with the client and Wessex Water, so as you can imagine we were very pleased to be selected as the contractor to deliver the works once the funding had been approved.

Musgrove Park Hospital is a large site that originally drew water for the whole site from a single main at the perimeter. Whilst this in itself is not a problem, it meant that in the event of a problem with the water supply system on some parts of the site they would potentially have to shut the water supply off to the whole hospital to deal with it. This had been identified as a significant operational risk and contingencies were sought.

After reviewing the Wessex Water distribution zones in the area another Wessex Water main was identified on the other side of the site that could be accessed fairly easily if a link main of about 40 metres could be installed. Access to this water supply would make managing the water distribution on site more flexible and reduce the risk of the whole site ever being out of water, therefore increasing the security of the supply significantly.

The major logistical challenge to the solution was that the new link main would have to cross the primary access road into the hospital, pictured right – the route used by emergency services – which meant that closing the road to dig a trench across was never going to be allowed.

We presented two options to get the pipe across the road:

1) Close half the road at a time, install traffic lights and excavate across the carriageway. This would be a high risk approach and incredibly difficult to manage whilst meeting all of the site protocols. It would also add thousands of pounds to the job to cover the traffic management system and reduced efficiency on site. The paperwork to get it done would have taken hundreds of man hours, and the contingency plan if implemented involved some extraordinary measures, including setting up an alternative landing site for the air ambulance!

2) Thrust bore a 180mm hole underneath the road from one side to the other and pull the new 125mm pipe through. This would require real skill to avoid the existing services and cables under the road, and success with thrust boring is never guaranteed.

Naturally with all that was involved in Option 1 we agreed with the project manager to attempt Option 2 to Thrust bore the supply under the road first. Musgrove mole 2

The pictures right show what a 180mm mole looks like. (Double click to view in full screen). Imagine the damage that one of these would do to anything that gets in its way – cables, gas pipes, drains – nothing is going to stop this except solid rock or concrete. The risks are evident.

After several hours of careful site preparation and the not inconsiderable skill of our operatives we successfully bored the hole under the access road. Our client was absolutely delighted that the plan had worked, saving them a lot of administration, headaches and expense.

The link main, valves and connections are all complete, and at time of writing we have just been asked to price a second batch of works on site to install a further link elsewhere. 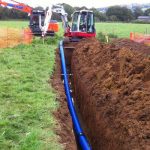