Mottisfont is described by the National Trust as a romantic house and gallery set in beautiful riverside gardens, with Ancient trees, bubbling brooks and rolling lawns frame this 18th-century house with a medieval priory at its heart.

Pipefix were comissioned to install a new sewage treatment and discharge system to houses and public lavatories within the Walled Garden and Abbey Farmyard areas including alterations to the existing system to facilitate works as required.

New drain installed from the treatment plant outlet to the discharge point complete with inspection chambers at intervals to allow for future inspections.

Construct concrete base and erect steel and timber walls for compost bays. Concrete base formed to create falls to drain runs and allow HGV traffic in and out. Water run off from compost bays collected in 5,000ltr tank. Pump station installed adjacent to tank to allow water from tanks to be used to water the walled garden.

Site remained open to the Public throughout works, and so care had to be taken to ensure adequate fencing and signage. Tools and equipment were stored in a temporary site compound. 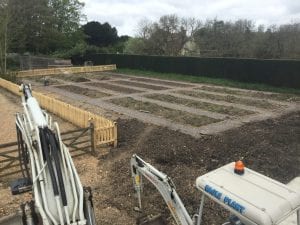 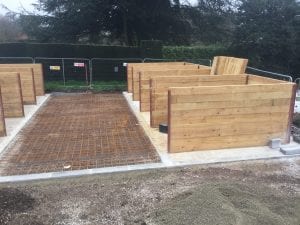 Laying the Concrete Base 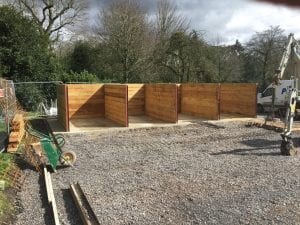 We built the compost bays too 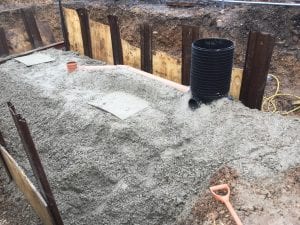 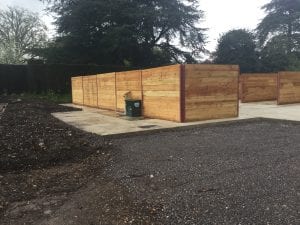 The pumped outlet for watering the vegetables 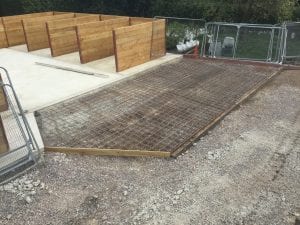 The drive on pad for the lorries 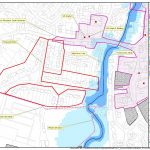 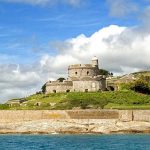