St Mawes Castle is among the best-preserved of Henry VIII’s coastal artillery fortresses, and the most elaborately decorated of them all. One of the chain of forts built between 1539 and 1545 to counter an invasion threat from Catholic France and Spain, it guarded the important anchorage of Carrick Roads, sharing the task with Pendennis Castle on the other side of the Fal estuary.

Pipefix were appointed as Principal Contractor to install a pump station to pump the waste from the toilets a short distance to a break-pressure chamber in the road (near the castle) before discharging the waste to a gravity drain connecting to the mains sewer. The specification had to be water company ‘adoptable’.

The works were conducted November through to February to reduce impact on visitors, but the site was still open to the public throughout and part of the brief was to minimise disruption. The pumped main route was up a single carriage road that had to be closed throughout some of the project. 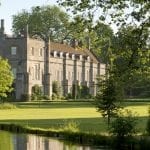 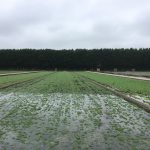